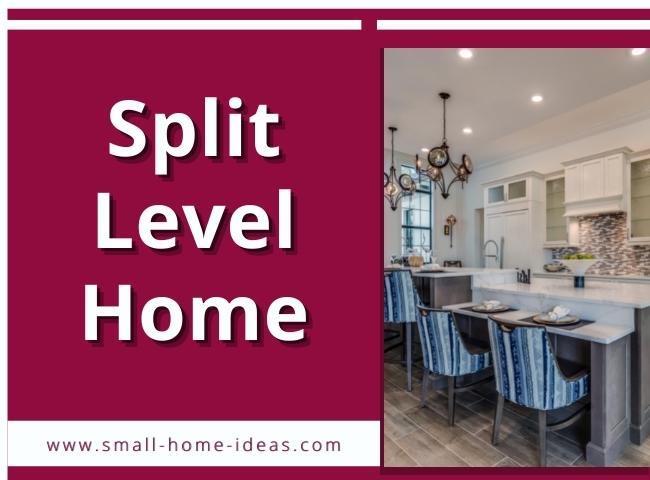 Split Level Home with three floors on each side first appeared in American suburbs in 1950s. They were very popular in the 1960s, but slowly fell out of favor. Although there were many layout options, sometimes a fourth floor was also added, the most popular design included the kitchen, living and dining rooms on the main level. A half-stairway connected to the upper level, which contained bedrooms. The second half of the stairway was to the basement level recreation area and the door to the garage.

Split level home have been criticized for their outdated appearance over the past few decades. However, recent attention to The Brady Bunch’s exterior will likely spark a revival. Fans know that the famous home, which was completely renovated by HGTV’s A Very Brady Renovation, had a full set of interior stairs. You can read on to learn the best and worst of this architectural design if you are thinking about buying a split-level home, or if you already live in one.

When the Baby Boom exploded, families began looking for homes with at least three bedrooms after WWII. Many lots were small in size, with an average width of 50-75 feet and a depth of 100-150 feet. Split level homes offer additional living space (vertically) by stumbling the floors. The garage was usually located at grade multi level, with the bedroom area above the garage. A house can have three bedrooms, but still have plenty of yard space. This benefit has been available for two-story homes since the beginning, but split-level design became popular in the 1960s and homebuyers wanted a more modern look.

External steps can be a hindrance

Split level homes come in a variety of designs. Some are split in front and others in back. However, most will have exterior stairs that lead to the front door. There are two to eight steps, with each step presenting more difficulty to remove snow and ice during winter. Visitors, especially seniors, can find it difficult to carry groceries into their homes due to exterior steps. Some homeowners of houses with exterior steps have a street-level mailbox installed so that postal carriers don’t need to climb the stairs.

Staggering the floors can be a good option when building a house on rugged terrain. The contractor can adjust the foundation to fit the lot, rather than digging through the bedrock to build a basement on one next-level. Split-level construction is still common in situations where a home must be built on the side of a hill. An architect will often design the floor plan to suit the particular lot topography. This can give the impression that the house is built into the hill.

Living on a split-level means you don’t have to go to step aerobics classes. Family members will need to climb the stairs each time they wish to access a different area of the house, as the main floor houses the kitchen, dining and living rooms. Split level homes, which are similar to standard or two-story homes, can be more appealing to younger families. They don’t require that family members traverse all three fitness levels to clean, carry laundry baskets, or look for other family members. A home office with quiet floors can be created by having the floors arranged in a staggered pattern.

If your office is located on the main floor, it can make working at home difficult. Even if the door is closed, it’s easy to be distracted from the sounds and footsteps in the hallway. Split levels are great for this area. You can either set up a home-office in an upper-floor bedroom, or lower level (if there isn’t too much noise). This will provide a buffer from the noises that often occur on the main living floor.

It can be difficult to remodel a split-level home

Split level homeowners have few remodeling options because the layout doesn’t allow for changes. It’s easy to change the locations of bedrooms and kitchens in a ranch-style home. But if you live on a split-level, there is very little flexibility.

The split level is a good option for night workers or parents with infants who are sensitive to noise. The sounds of cooking or playing in the basement recreation area will not wake a sleeping member of the family.

Affordable than other types of houses

Split levels are still considered unfashionable and sell for less than ranch-style homes. You can often find a functional home at a discounted price if you are able to overlook the negatives. Split level is a great starter home. However, if you are ready to move up and sell the house, the same rules will apply. The house will be sold at a lower price than other houses of the same size and vintage.

Previous articleBoulevard Home: Expands in Mesquite (NV)
Next articleHere are some tips to keep your houseplants healthy